First day with clear water after the spring runoff first of July Arrived in the early morning below Hwy 17 and the bridge over Conejos 8 am. I say early because the sun does not hit the water till 9am due to the mountains overhead. On first inspection of the water there were no rises occurring, but did notice some browns taking nymphs just below the surface. I inspected the trees and found a good hatch of stone flies hanging around. And a huge population of mosquitoes began forming on the river edge. So, I started with a prince nymph and caught a couple of nice 14 inch browns. By 9:30 small groups of Spinners were overhead and began to see an occasional boil. By 10 am we had huge Stone flies touching the surface. An incredible hatch over 20 fish caught from 12 to 20 inches. I lost so many huge pigs, that I had to redo my tippet 3 times. I Lost 5 flies to some of the bigger fish. By 12:15 the Stones cleared and took an occasional fish on a 16 Blue Dun. The river became very quiet by 1pm. Needless to say I had a soar arm and a depleted fly box. In all, flies with Light grey pattern, medium hackle, and size 16 to 14 did best. Over the next 2 weeks I did well but not as well as that day. Look for the end of the runoff and give the water a few days to clear. Then watch for the big Stone hatch around the first of July. More Conejos river experiences to come. 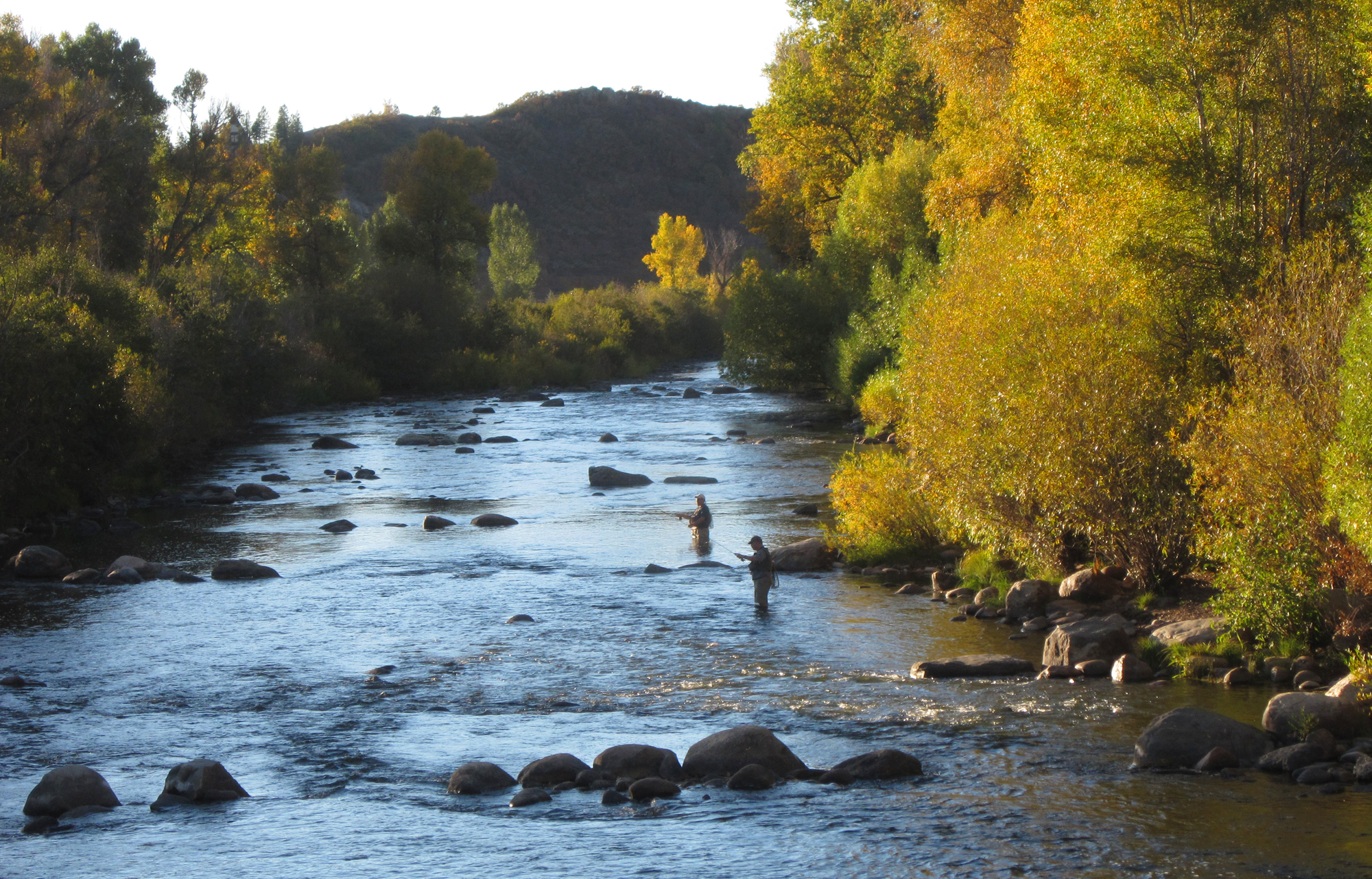